Interview with YA Author Nina Soden 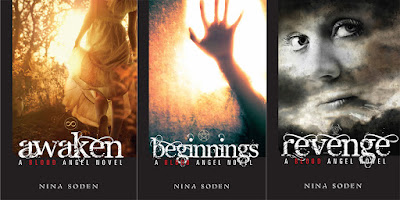 Tell us a little about yourself.
I grew up in Michigan. I have always been creative, be it art, theatre, film – anything but singing – Trust me, you don’t want to hear that! I earned my bachelor’s degree in Theatre and Military Science from Eastern Michigan University where I spent my free time either on stage, rappelling down buildings, or working. After college I moved to Los Angeles, like so many other want-to-be actors, in pursuit of my dreams. I worked to pay the bills… but my love was acting and I was actually somewhat successful, mostly in commercials and independent films and I had a great time doing it.


When did you start writing?
I started writing poetry and short stories when I was younger but went for years without writing. Then out in Los Angeles I got inspired to write again. I started with poetry and wrote what eventually became my first book Private Words Unspoken, a compilation of poetry. After poetry I moved to screenplays. After getting married, my husband and I left California and started our family down south. Needing an artistic way to express myself I joined a number of the local theatre groups. I also started writing again and in 2012 I published my first novel, Awaken.


How would you describe your writing process?


Every writer is different, I don’t outline my stories like a lot of authors do, at least not on paper. I tend to let me characters lead me and the story more than I lead them. I have been completely shocked, more than once, by where my stories have taken me. But, it just proves my point that stories can evolve on their own. Characters take on a life of their own, even if just in my head. In my second novel, one of my favorite characters died, I hadn’t planned it and I was heartbroken when it happened. Although I may not have wanted to see that character die, unfortunately that was just what had to happen.


How did you start writing about vampires?


Growing up, my dad and I would spend late nights watching horror films. From a very young age I loved all the classics; The Changeling, Nosferatu, The Creature from the Black Lagoon, King Kong, Godzilla, It Came From Outer Space, House of Wax, Frankenstein, The Fly, Night of the Living Dead, Invasion of the Body Snatchers, The Thing, Psycho, The Wolf Man, Dracula, and so many others. I didn’t even care how well made they were or how realistic. I remember watching The Blob and laughing so hard. I loved it. I guess with my love of those types of movies it was inevitable that my writing would move in the same direction.


Tell us a little about your latest project.


The Hunted is the second book in the SECTOR C Series. The series is set in a futuristic dystopian society governed by a council of vampires and lycanthropes. 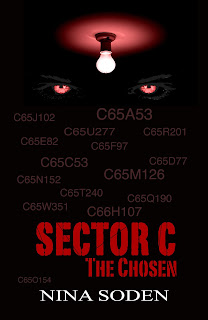 
"In the future, most of the world is governed by a council of vampires and lycanthropes. Sector residents are offered the freedom to live as they desire provided they stay and abide by the laws handed down. After being jolted awake by the blaring screech of the sector alarm, Zelina is dragged from her bed, gagged, and tied to a chair. Confronted with the brutal murder of one of her former classmates, she realizes that all eyes are on her as the primary suspect. Whether she was involved or not doesn’t matter. In the eyes of most sector residents, and most Council Members, Zelina is already a pariah—feared for the powers she will certainly come to possess. For she is the first human known to have both vampire and lycanthrope blood flowing through her veins.

Zelina will find herself on a gripping adventure that will take her beyond the borders she’s known all her life in an attempt to save those she loves—and herself from becoming The Hunted."


Can you tell us about your main Character?


Zelina is described as having long dark brown hair with bronze/brown eyes. I envision actress Adelaide Kane when I write her, but I’d love to know who my readers envision. She is strong, loyal, and very determined. She is willing to put herself at risk to protect others or stand up for what she believes in.


Do you have any other books that aren’t part of the SECTOR C Series?


My first three books, Awaken, Beginnings, and Revenge were part of another series The Blood Angel Series.


What kind of vampires can readers expect from your books?


While I love the traditional vampire myths – death before rising sleeping in coffins, not visible in mirrors, sensitivity to garlic, being burned by the sight and touch of a cross, death by driving a stake through their heart, my personal favorite bursting into flames when exposed to sunlight, and so many others, my books don’t really follow those same guidelines for vampires. I write YA (young adult) and NA (new adult) novels, so although I limit the sexuality and gore, it is still in there.In both the Blood Angel Series and the SECTOR C Series I introduce the idea that vampirism is a virus. The host doesn’t have to die, as in traditional myth, but transforms in such a way that they evolve beyond their human abilities or rather limitations.I believe that vampires can be sexy and scary, good and evil, menacing and still intoxicating. I’ve been told that my books give a fresh new look to an old concept and breathe new life into what it means to be a vampire.


Do you have a favorite place in which to write?


I can write anywhere, I use a laptop, but I guess if I had to pick a favorite place I would say either at my desk in my home office, cuddled up in blankets and pillows on my bed, or sitting drinking coffee at the local Starbucks. I know the author at the coffee shop sounds cliche but it really is a very relaxing, creative environment.


What is your next favorite thing to do besides writing?

Writing takes second seat to spending time with my kids, but other than writing I love acting. I went to college for theatre and that has always been my first calling. I do a lot of community theatre and used to do a good deal of film when I lived in Los Angeles. 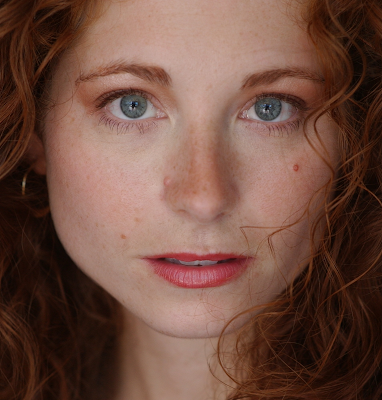 What is your most memorable moment while writing?

I love answering this questions because in the four years I’ve been published my answer has never changed. I actually have two moments that are equally special to me. The first was when I was sent a photo of a school project a young girl did. It was a book report, with photos and character descriptions for Awaken, book one in the Blood Angel Series. The fact that she had enjoyed the book that much, and that she could so easily visualize the characters in the story really made me happy. It proved to me that what I had written wasn’t just a story I enjoyed, but that it was a story others could enjoy as well. The second moment was when the first shipment of books showed up on my front porch. I opened the box and there it was, a paperback copy of the novel I wrote. It was like a dream come true. I still get excited every time a box of my books arrive. Maybe it’s silly but even going through the whole process, concept to publishing, it never feels fully real until you hold that book in your hands.


What can your readers expect from you next?


Well, I haven’t started my next book yet, but I’ve been asked by a number of readers to do another book in the Blood Angel Series. So, I will be writing a novella all about Phoebe, one of the supporting characters in books 2 and 3. I’m excited to find out what happened to her after the end of Revenge and where her life has taken her.


Other than that, I will be appearing at the Rocket City Nerd Con, October 23-25.